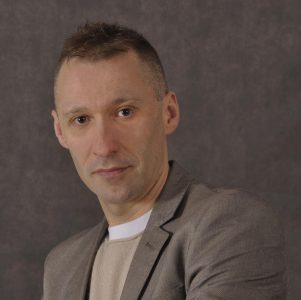 Franco-Uruguayan playwright and director Sergio Blanco spent his childhood and adolescence in Montevideo and now lives in Paris.

After studying classical philology, he decided to devote himself fully to writing and directing. His plays have been awarded several prizes, including the “National Drama Prize of Uruguay”, the “Drama Prize of the City of Montevideo”, the “National Theatre Fund Prize”, the “Florencio Prize for Best Playwright”, the International Prize “Casa de las Americas” and the “Theatre Awards for the best text” in Greece. In 2017, his play Tebas Land received the “British Award Off West End” in London. His works entered the repertoire of the National Comedy of Uruguay in 2003 and 2007 with his plays .45′ and Kiev.

Among his best-known texts are Slaughter, .45′, Kiev, Barbarie, Kassandra, Darwin’s Leap, Tebas Land, Ostia, The Ire of Narcissus, The Bellow of Düsseldorf, When you walk over my tomb, Cartography of a Disappearance, Traffic, Zoo and COVID-451.

Many of his works have been created at home and abroad, and most of them have been translated and published in different countries.