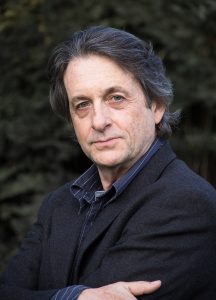 RAMON MADAULA (Sabadell, 1962). He graduated in Acting from the Institut del Teatre in Barcelona in 1984, the same year he premiered as a professional actor. Since then, he has taken part in over 40 theatre productions in which he has been directed by prestigious directors such as Lluis Pascual, Mario Gas or Josep M. Flotats. He has also appeared in several TV series and films.

In 2014 he wrote his first play, Coses nostres, awarded with the Josep Atmetller Theatre Prize. In 2015 he was a runner-up at the Playwriting Tournament of the Temporada Alta Festival with the text of L’electe. He hasn’t stopped writing since then and his plays are regularly premiered in Barcelona city.