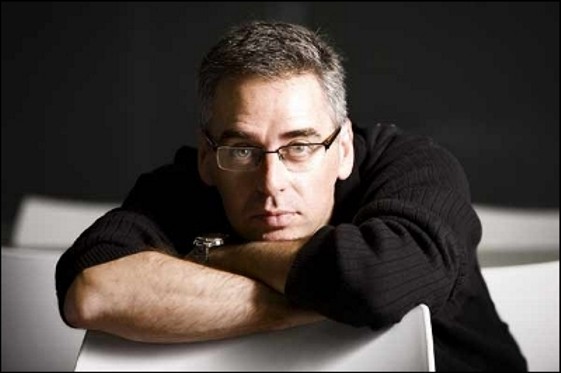 JORDI GALCERAN (Barcelona, 1964). Playwright and scriptwriter both in Catalan and Spanish. He studied Catalan Language and Literature at the Universitat de Barcelona. He worked as an actor, director and playwright in independent theatre companies in his youth. In 1988 he started writing comedies, some of which were performed in the amateur circuit and were directed by himself.

In 1995 he won the Born de Teatre Award with Paraules encadenades, a play that also received the Crítica Serra d’Or Award in 1997. Dakota (1995) won the Ignasi Iglesias Award of the Institut del Teatre in 1995. He is also the author of plays Surf and Fuita, premiered in 1998. However, the play that has given him the greatest acclaim, both nationally and internationally, is The Grönholm Method (2003), awarded with a Max Prize. More than 2 million people have seen the play and it has been performed in around 70 countries. Burundanga is his longest-standing comedy on stage and it is already in its 10th season in Madrid.

Galcerán co-authored the music shows Gaudí (2002) and Paradís (2005) with Esteve Miralles and Albert Guinovart, two musicals that received the Butaca Award for Best Musical Show in 2003 and 2005 respectively. In 2005 he wrote and premiered Carnestoltes, while in 2007 he wrote Cancún, performed at the Teatre Borrás in Barcelona in October 2008. In 2013 he premiered El crèdit at the sala Villaroel in Barcelona. The film Fràgils by Jaume Balagueró is based on a script by Galcerán, whereas El método by Marcelo Pyñeiro is an adaptation of The Grönholm Method. He has also translated and adapted over thirty plays, the Spanish version of The Lion King among them.

He is also the co-author of several short stories within the Germans Miranda group and has written for newspapers La Vanguardia and Diari Ara.